The 10 Craziest Food Challenges in Kentucky - Craghoppers US Community 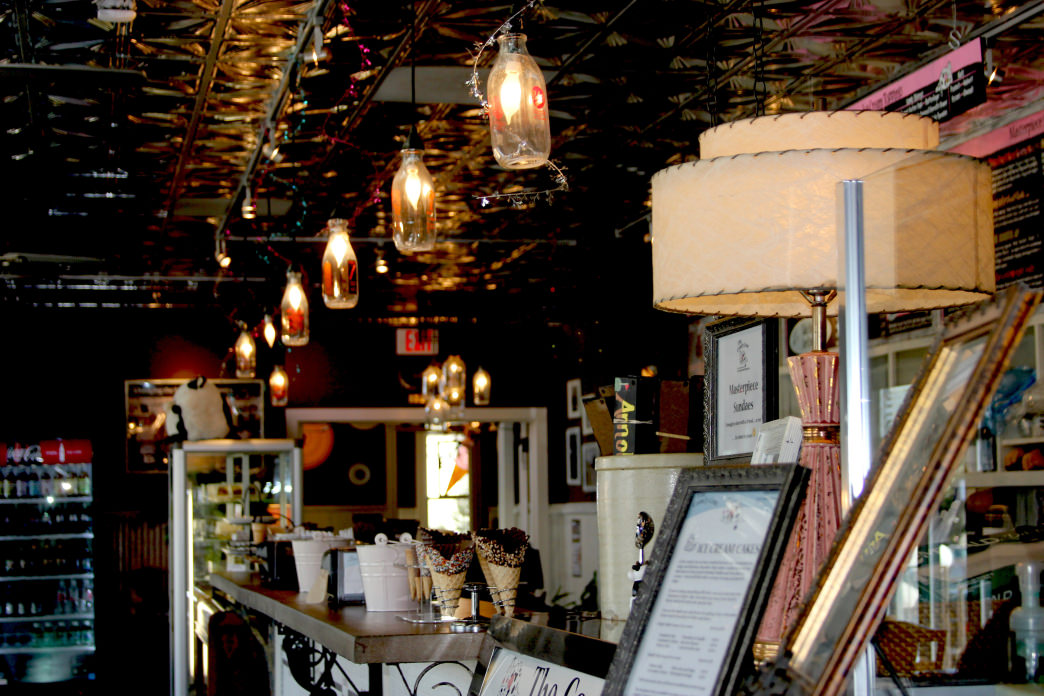 If you’re in Louisville and craving ice cream, head to The Comfy Cow.

Have you ever been really, really hungry? Like, hungry enough to eat a 12-pound pizza? Or maybe you like a good food challenge, and you can imagine yourself racing the clock to consume a hamburger with 3 pounds of beef, plus a pound of fries. Whether you’re starving or you’re up for some competitive eating, there are several restaurants around Kentucky that can fill your belly. And, if you eat a whole lot of food in a short period of time, you can get your meal for free.

If you have the courage—and the appetite—include the following 10 food challenges on your next road trip across Kentucky.

The Legend of the Drunken Fireman

The Drunken Fireman, made by Giuseppe’s Pizzeria in Covington, is a 20-inch, 7-pound pizza with pepperoni, Italian sausage, bacon, ham, Capocollo ham, salami, gyro beef, ground beef, mushrooms, green peppers, jalapeno peppers (whew! take a breath, we’re halfway there), banana peppers, onions, tomatoes, black olives, green olives, pineapple, feta cheese, cheddar cheese, and extra cheese. If you’re fired up to take on the Fireman, realize you have to eat this monster in 59 minutes. If you succeed, you get the pizza and a T-shirt for free, but If you fail, you owe $50. Before you take up this challenge, call 48 hours in advance to order.

The Fat Teddy from Chubby Ray’s Pizza in Louisville is a 5.5-pound burger with all the fixins and a basket of fries. You get a free T-shirt whether or not you succeed, but if you finish it you don’t have to pay the $49.95 tab. "I’ve only seen one person do it," says bartender Sherry Johnson. If you want to take a run at Fat Teddy, give Chubby Ray’s 24 hours notice so they can plan to make the burger.

When Jordan Stephenson bought Bard’s Burgers in Covington two years ago, his customers kept asking him to bring back the Bardzilla. When he did, he added an extra patty, making the burger 11 patties deep, stacked high. The Bardzilla comes plain, but you can add any topping you like, and it comes with 2 pounds of fries. You have one hour to eat the whole thing, which is 6.6 pounds of food. "When we brought the challenge back, it went over a year and nobody beat it," says Stephenson. “Now, we’ve had four total beat it, out of about 110.”

If you like a giant sub, Sub Station II in Florence has you covered. The Monster Sub is a double-decker version of the No. 19, which has ham, salami, pepperoni, turkey, bologna, capicola, and cheese. But, The Monster adds American, Swiss and provolone cheeses, lettuce, tomato, onions, salt, pepper, oregano, and oil and vinegar. You also have to eat a pound of fries and four pickle spears. The sandwich has three layers of bread and weighs 7.25 pounds. While 95 people have tried to complete the challenge, only five have succeeded. "One guy has done it twice," says owner Mike Cartuyvelles. If you don’t succeed, you pay $26.50. If you want to take on the Monster, call a day in advance, and note that Sub Station II won’t serve the challenge during peak hours.

If you try to tackle the Pounder, you might find yourself pounded. Made by Pizza by the Pound in Paducah, this 8-pound, deep-dish, House Specialty pie includes hamburger, Italian sausage, pepperoni, salami, bell peppers, black olives, onions, and mushrooms. If you eat it all within one hour, you get the pizza free and $100 cash. If you fail, you pay $31.80. "Many, many have tried, but only a handful have succeeded," says Pizza by the Pound’s Mandy O’Brien.

One of the baddest bouts in Louisville! Can you land any blows on this food monstrosity or will you get sucker punched by it? Prepare to step in the ring to attempt to knock out the Louisville Lip! Contestants have 24 minutes to finish the challenge. If they're successful, they receive the $24.99 meal for free, along with their photo on the wall of fame. This wonderful food masterpiece is found at @502cafesmokehouse in Louisville, Kentucky!

Everybody should know that the Louisville Lip is "the Greatest of All Time" Muhammad Ali. But it’s also now a sandwich at 502 Café in Louisville. If you think you’re strong enough to battle the Champ, you’ll be eating Texas toast, a 1-pound burger, a fried green tomato, four kinds of cheese, fried pickles, one-quarter pound each of chicken, pulled pork, brisket, and pork belly, stacked with onion rings, smothered with brisket chili, beer cheese and barbecue sauce. Plus, it includes a double side of fries. You have 24 minutes to finish it, and if you do, your meal is free and you get your picture on the wall of fame. If you don’t, you pay $24.95. The Champ’s record is 89-6, so it’s a tough one to knock out.

The Big Billy Burger at Billy Ray’s in Prestonsburg includes two 1.5-pound patties between three large pieces of bun, with lettuce, tomato, onion, pickles, and cheese. Plus, it includes more than a pound of fries. You get one hour to eat it, and if you succeed, you get a T-shirt and you don’t have to pay $39.95. But, please give 24 hours notice.

Jailhouse Pizzais located in the former Meade County jail in Brandenburg, hence the name. Some even claim that it’s haunted. The Prisoner’s Pardon will haunt your digestive system. It’s a 30-inch pizza that weighs 12 pounds and includes six meats: pepperoni, sausage, ham, bacon, meatball, and salami. You get to bring a friend to this trial, because the challenge is for two, and your sentence is for 60 minutes. About 200 people have tried for the Prisoner’s Pardon, but only one team has succeeded. If you’re able to do it, you get free T-shirts and you don’t have to pay for your meal, which is $60.

If you’re in Louisville and craving ice cream, head to The Comfy Cow. Just be aware you might not feel exactly comfy if you take on its Sundae Challenge. Within an hour, you have to consume a sundae that includes 15 scoops of ice cream, eight to 10 cherries, two types of chopped nuts, and four sidecars of your choice of toppings. If you don’t complete the challenge, it’ll cost you $39.95.

You have to have dessert, right? L&R Soda Bar in Elkton is an old-style soda fountain at Weathers Drug Store. You’ll be shivering for sure after you eat the Banana Quake, which has three bananas, eight scoops of ice cream, eight toppings, whipped cream and 8 ounces of nuts. If you finish it within 20 minutes, you get it free. Otherwise, it’s $19.99.

Written by Lisa Hornung for RootsRated Media in partnership with Kentucky Tourism.