Adult Summer Camps: Making a Case for the Healing Power of Nature - Craghoppers US Community 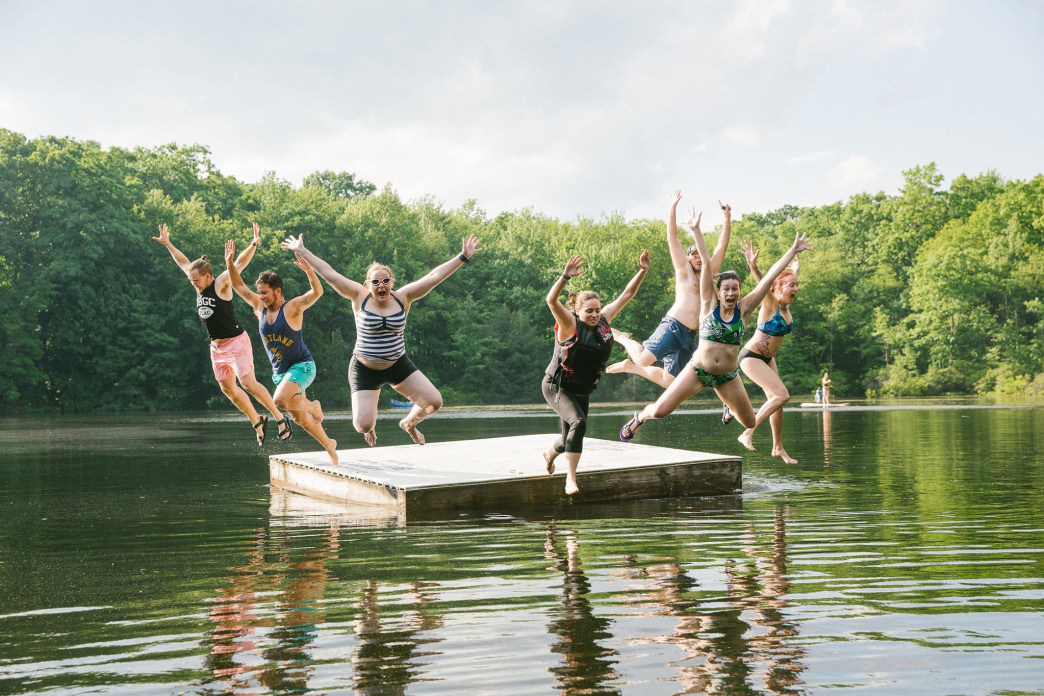 Nostalgia is a powerful thing.

The simplest strategies for finding serenity in nature are ones we all know—a great view inspires, time outside is grounding and a night in a tent helps reset our internal clocks.

The idea that nature sets the stage for healing isn’t new. Far from it. In fact California’s Department of Parks and Recreation takes the concept so seriously, it issued a health report titled The Health and Social Benefits of Outdoor Recreation to specifically to underscore the connection between outdoor recreation and better mental, physical and societal health. The goal was to encourage recreation centers, healthcare professionals and the like to prompt residents to seek outdoor creation opportunities for their many health benefits.

But while it’s no secret that spending time outdoors is good for you on multiple levels, it’s only recently become the cornerstone of new business ventures. This is prompting a rise in outdoor camps for adults, where the focus is on escaping to nature to try out new activities, enjoy old favorites, or simply take in the surroundings. About 1 million adults attend camps each year, according to the American Camp Association, and 25 percent of camps now offer programs exclusively for adults.

Campowerment, Soul Camp, Camp No Counselors and Camp Bonfire are all built on the premise that the great outdoors isn’t just fun, it’s also the perfect setting for taking care of one’s health, offering physical, mental and emotional healing.

A Taste of Nostalgia

Tammi Leader Fuller is no stranger to the camp experience. She and her sister spent many summers as children at a sleepaway camp, with a heavy focus on outdoor recreation. "It nourished our souls, and we had some of the best times of our lives there," she says. After years in the entertainment business as a television producer (she has a few Emmys to her name), she decided to leave it all and start a camp for adult women, where they can experience all the same joys and bouts with nature she enjoyed as a kid.

In 2013, Campowerment was born. Today, thousands of women have attended Campowerment weekends nationwide, and the camps themselves have earned praise from multiple sources — even Oprah, who put it on a list of 50 Things That Will Make You Say “Wow!”

"One of the biggest principles behind the success of Campowerment is that outside, people can breathe again," Fuller says. “They step away from stress, and in doing so, find a safe space, and a freedom to try new things.”

At each of the 19 camps to date, 12 to 15 wellness experts, spiritual healers, walking coaches and nutrition counselors, among others, lead activities. Most camps are held in or near parks and preserves where campers have a bevy of outdoor recreation at their fingertips. Archery, zip-lining, paddling, hiking — it’s all part of the experience.

Fuller says that once campers spend time outdoors, they instantly seem inspired to try new things, and they’re more willing to leap outside their comfort zone, too.

"It’s no surprise that once you’re outside, even for 10 minutes, you shift your thinking and you’re so much more open to new things," says Fuller. “As adults, we tend to spend a lot less time outdoors and a lot less time on ourselves than we did as kids, but the benefits are just as great now — perhaps even more so.”

welcome to the september 2015 edition of #campowerment! follow us on our journey this weekend as campers old and new #reignite their lives. here, yoga expert alyson khan teaches a welcome class with a view. #camplife #namaste

This same premise is the motivation behind Soul Camp, which lures hundreds of participants to the great outdoors at several sites nationwide.

Building on the physical successes, the programming of Camp Soul then introduces the more emotional pieces, such as breath work, meditation and more.

"One of our campers went on to lose 170 pounds, quit her job and start a new career in social work to help those with eating disorders," Richter says. “Another camper came in [just] hopeless about life in general. Three camps later, he can’t stop smiling and he works for us now.”

She credits nature with a lot of the healing.

"Nature provides an overwhelming feeling of safety and comfort," she says. It’s like Mother Nature is whispering, “You can do it!”

At Campowerment, that sense of support is also found through the sense of community.

"There’s this tribal feeling of ‘I’ve got your back,’" says Fuller. This support is fostered not only through the shared commonality of the experience itself, but also because the women are exposing their vulnerabilities through recreation.

Like group therapy, much of what is gained comes through observation.

Says Fuller, "“When you’re doing activities with people, simply watching someone else’s process is part of the experience."

Written by Brooke Morton for RootsRated in partnership with RootsRated Media.