An Inside Look at the Wales Coastal Path: The Only Footpath to Cover an Entire Country's Coastline - Craghoppers US Community 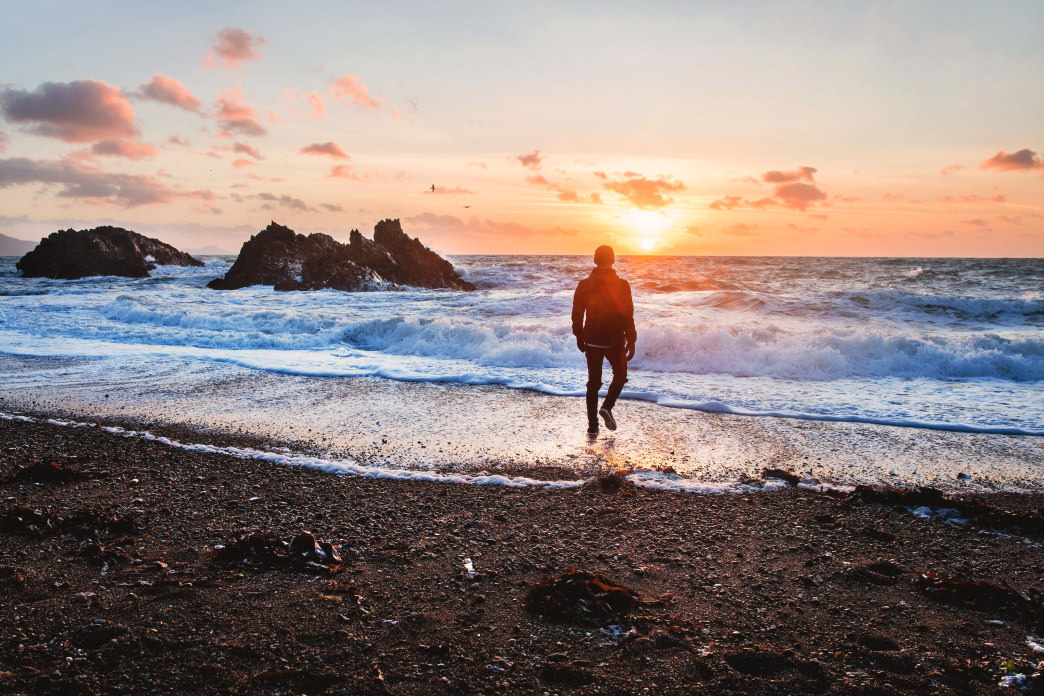 Sometimes it’s worth getting your feet wet for a gorgeous photo.

Imagine hiking on a trail that hugs the coast and winds through quaint towns complete with stone houses, exploring hidden beaches, ancient tombs, and plenty of history along the way. No, it’s not a fairy tale—welcome to the only continuous trekking trail in the world that traces the coast of an entire country. Completed in 2012, the majestic Wales Coast Path, follows 870 miles of the finest craggy cliffs, pristine waters, and lush greenery the UK has to offer. There’s nothing like sitting down in a 17th-century pub with a fragrant bowl of lamb stew and a 21st-century craft brew after a long day on the trail, bringing together the best of Wales’ past and present.

The economic success of both the Pembrokeshire Coast Path National Trail and the Isle of Anglesey Coastal Path spurred the idea of developing a countrywide trail, and the Wales Coast Path was born. To make it more manageable, the Path has been divided into eight geographic regions: North Wales Coast & Dee Estuary, Isle of Anglesey, Menai, Llŷn & Meirionnydd, Ceredigion, Pembrokeshire, Carmarthenshire, Gower & Swansea Bay, and South Wales Coast & Severn Estuary.

What You Need to Know to Hike the Wales Coast Path

Let’s not beat around the bush—Wales is wet, so always be prepared and bring a rain jacket. You’ll get the most sunshine and least amount of rainfall in May and June. Spring is a great time to look for birds migrating and the return of basking sharks. The trail is going to be busier in the some, so go in September for fewer crowds.

Plan to be on the trail for approximately 80 days (70 days of walking and 10 for rest). This is based on an average of 12 miles per day, but you may have to change things based on your speed and weather.

While the majority of the Wales Coast Path hugs the shoreline and is well-developed, much of this terrain is rugged and remote. It’s possible to go for miles without seeing another soul and a majority of the sections are best suited for experienced hikers. Though the Path has markers, there are some sections that lead inland around marshes and private property that can be trickier to navigate.

That being said, several walking holiday outfitters organize luggage transfers and offer accommodation packages for several nights or even an entire thru-hike. The Welsh government and its partners have even put together a downloadable app.

What to Expect Along the Way

One of the things that makes this path so wonderful is the variety of landscapes it passes through. From sunny meadows to wooded ravines, crossing high cliff-tops and skirting sandy beaches, there are walks to suit every taste.

The farthest point north on the trail is the North Wales & Dee Estuary section. There’s a good range of shorter and longer walks here if you aren’t hiking the entire thing, and you can jump on the historic Offa’s Dyke Path here. The route follows the 8th-century Offa’s Dyke for 177 miles along the border of Wales and England.

Next up is the Isle of Anglesey Coastal Path section, one of three areas of the Welsh Coast that have been dubbed "Areas of Outstanding Beauty." The town of Rhosneigr on the Western shore is known for its dramatic sand dune and two of the best walking beaches on the coast: Traeth Crigyll and Traeth Llydan.

If you’re looking for historic castles, head to Snowdonia. The Menai, Llŷn & Meirionnydd section of the path boasts two of Wales most famous and magnificent castles: Caernarfon and Harlech. The trail in Harlech offers one of the best beaches on the Ceredigion coast, complete with views of the peaks of Snowdon, Wales’ highest mountain. Another charming castle town worth a stop is Conwy, in the Conwy and Llandudno section. The 13th-century fortress’ stone walls create a stark contrast with the modern homes and buildings that surround it.

Pembrokeshire is often called the most picturesque section of the entire coastline, and the 11-mile hike from Broad Haven South to Skrinkle Haven is particularly stunning. Barafundle Bay Beach in Pembrokeshire has been listed as one of the top ten beaches in the world. The 2-mile walk from Martin’s Haven to Marloes is shorter, but filled with dramatic cliff views.

Don’t miss Whitesands Beach in St. David’s, the UK's smallest city. Nearby Tenby is a colorful seaside town where you’ll find the beloved local favorite Fecci's Fish & Chips. If you’re visiting from May to early July, consider a side trip to Skomer Island in Pembrokeshire Coast National Park to see the famous puffins.

Farther south is Gower and Rhossili Bay. Rhossili Beach is rated one of the best surfing beaches in all of the UK, and a popular walk is the three miles and over a natural bridge to Worm’s Head Island. Explore the secret caves and see the natural blowhole—just get off the island before the tide comes in or you might be spending more time out there than you planned!

The Mumbles district is home to quirky seaside villages and diverse independent shops, making it a great spot to pick up some souvenirs. Stroll Swansea’s famous promenade with a cone from Joe’s Ice Cream, and for a view of the whole city hike up Kilvey Hill.

The walking gets more urban from here as you head into to the capital of Cardiff. Enjoy a stroll on the 6.2-mile Cardiff Bay Trail to learn about Cardiff’s rich naval heritage and see some iconic landmarks such as the Norwegian Church. While in town, sample a few local favorites like a steaming bowl of fresh mussels, Welsh Cakes, and spot of rarebit.

Now you’re in the home stretch to Chepstow, where the trail ends. Enjoy the beauty of the Severn Estuary on a 3-mile walk from Caldicot to Sudbrook and Blackrock for fantastic views.

If hiking around an entire country is on your bucket list, Wales is the perfect choice. You can also link up with Offa’s Dyke Path in Chepstow, making it possible to circumnavigate all of Wales.

Whether you’re planning an epic, multi-month adventure or just a weekend visit, the Wales Coast Path should make every outdoor adventurers to-do list.

Written by Lisa Collard for RootsRated in partnership with Craghoppers.