Adventures in Brazil: 8 Great Add-Ons to an Olympic Trip - Craghoppers US Community 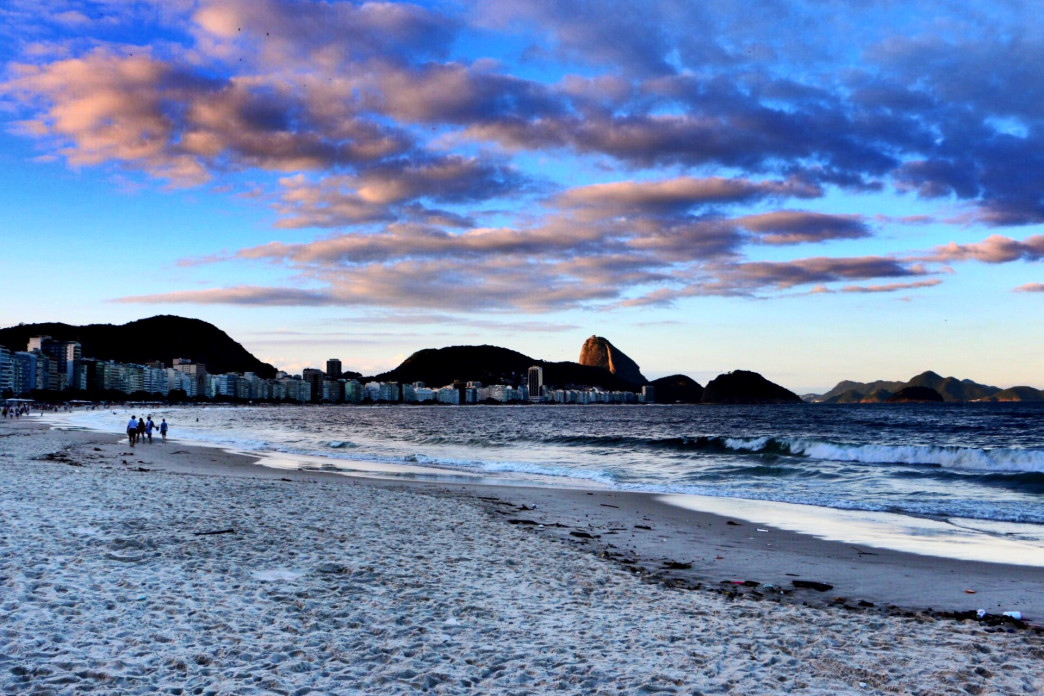 Brazil is one of the most vibrant countries in the world.

Anyone headed to Brazil for the Rio 2016 Olympics this August is in for an epic experience—it's the Olympics, after all, held in one of the world's most beloved cities. But Brazil is a massive attraction in itself, and you'd be remiss not to extend a visit to to include some exploration of the host country. Get an authentic glimpse of this South American gem by taking in Brazil’s traditions, jaw-dropping beaches, and stunning ecotourism. Here, a few must-do adventures in Brazil to cap off an Olympics-centric trip in memorable fashion.

1. Watch an open rehearsal at a samba school.

Prep for Carnaval—arguably one of the most epic parties in the world—goes into high gear in August, well ahead of the February and March festivities. Among the busiest organizations are the famous samba schools that form the basis of the parades and parties. Most hold weekly rehearsals that are open to the public; others have private classes that welcome tourists and teach them some of the secrets behind the seductive dance. Two of the largest and best-known schools in Rio are Mangueira and Salgueiro; both are revered as cultural institutions.

2. Marvel at the architecture of Brasilia.

The capital of Brazil is unlike any other city in the country—or the world, for that matter. Built in 1956 by principle designer Oscar Niemeyer and urban planner Lúcio Costa primarily as a way to centralize the country's federal seat, the city is an architectural tour-de-force that draws a global set of design aficionados. Buildings with striking proportions of clean, futuristic curves and loops were erected with the intention of evoking happiness and optimism on sight alone—and they're certainly a sight to see for the first-time visitor. The city has been called a modernist utopian experiment, and that's a fair descriptor, as planning pitfalls include nameless roads and a confounding address system. Somehow, though, those quirks only make Brasilia more magically idiosyncratic.

Could a city be any more perfectly planned than this Paraná municipality? A pedestrian zone that stretches six blocks, abundant parks and green spaces, and public transportation, like a light rail system that's head spinningly cheap and efficient make this an exemplary city in terms of urban planning. It's all thanks in huge part to Jamie Lerner, who served three terms as mayor between 1971 and 1992 and is credited with pushing sustainability and implementing innovative recycling and social programs modeled around the world. Curitiba is just as appealing for visitors, thanks to its supremely navigable layout and friendly locals.

4. Gaze at the breathtaking beauty of Iguaçu Falls.

The Iguazu River forms the border between Argentina and Brazil; dividing its upper and lower portions is a nearly two-mile stretch of 275 individual drops also known as the Iguassu Falls or the Iguaçu Falls. Taller than Niagara Falls and twice as wide, the Brazilian section is accessible through the city of Foz do Iguaçu, about 400 miles from Curitiba. The most famous falls on this side are the Benjamin Constant, Deodoro, and Floriano, and luckily for Rio 2016 travelers, fall is actually the ideal season to see the falls.

5. Hit the beaches of Salvador.

Porto de Barra is easily the most frequented of the beaches of Salvador, capital of the northeastern state of Bahia. A hip hangout for Tropicália musicians during the 1960s, the city is now Brazil’s third-most populous, and weekend crowds can be overwhelming as beach-loving Brazilians flock to the coastline. Try a weekday instead, or check out lesser-frequented spots like Farol de Barra or the beach at Itapoan. They're a bit rocky, but areas buffered by rocks and reefs make for still waters and supreme relaxation. Other recommended spots are Piatã, a broad swath of coconut palms and densely packed sand, and Plakaford—both are generally calm and good for swimming.

6. Go snorkeling in a freshwater river.

In the Recanto Ecológico Rio da Prata of Jardim, a town in the central-western state of Mato Grosso do Sul, magical underwater adventures await. Crystalline waters make for an incredibly rich snorkeling session as you float downstream from the main spring of the Olho d'Água until it connects with the Rio da Prata. Take one of the many tours offered by the Recanto Ecológico Rio da Prata; groups are limited to nine to minimize environmental impact. The small size also means less disturbance to the water, so you're sure to be surrounded by an abundance of colorful fish.

Lençóis Maranhenses National Park in northeastern Brazil is not actually a desert, but it sure does look like one—until rainy season, at least. As the rains pour, particularly from May to September, the impermeable layer of rock underneath the sand keeps the water from settling. Against miles of windswept dunes and almost total lack of vegetation, the blue, green, and black lagoons that form feel overwhelmingly surreal.

8. Take a guided tour through a favela.

Rio has more than 700 favelas , or shantytowns, that house nearly a quarter of its residents. But only recently has the curtain been raised for outsiders about what life is really like in them. Over the last decade, many favelas , long hubs for violence and poverty, have been “pacified” under a state program to remove drug gangs, ramp up social projects, and generally improve the quality of life. Now, tourism is developing too, with local guides and international outfitters bringing tourists into favelas to get an authentic taste of this uniquely Brazilian lifestyle. Book through a reputable company, one that emphasizes favela  history as well as the reality of residents' daily lives, and also gives back monetarily.

Originally written by RootsRated for Craghoppers.